Listen While You Work: Productivity Killer? 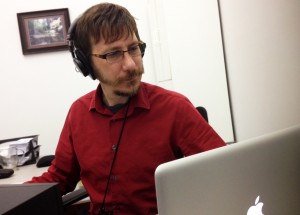 Here at Workspace Solutions, we work hard every day coming up with ways to increase your office’s efficiency.   There is no doubt our offices have changed over the years, and so has the debate about office workers listening to music while on the clock.

Years ago, this issue may have been decided by the boss who could control the lone office radio, or the office speaker system.  Most office music in those days consisted of instrumental selections since it was believed adding a vocalist would break worker’s concentration.  There was even a paid music service, called Muzak back then, that “scientifically” programmed its music to increase worker productivity.  Not sure how good that worked since this service is no longer available.

A small device called a “Walkman” was developed by Sony in 1979.  This device played cassette tapes and popularized the use of headphones.  Workers could now listen to their favorite tapes without disturbing anyone around them.  They were free to move around the office as well, without taking off their headphones.   When CD drives began showing up in our PC’s, it was an easy way for employees to plug their headphones in and start listening.  CD drives are not as common as they once were, and listening habits and technology have moved on.

Today, there are several ways an employee sitting at a computer can listen to music.  They can use their phones or mp3 players to feed their tunes to their ear buds, and they can use their computers to stream music from the internet.  This allows workers to choose their own taste in music, selecting sounds they feel help them work more attentively, or cutting fatigue, both things that music seems to be able to do.

So, now that you’ve lost control of the old office radio, should you let your employees listen to music at work or not?   The most logical way to decide this is on a case by case basis. Judge each employee on their own merits. If a worker is productive and accurate, then who cares if they listen to music or not.  If they are not doing their job successfully, it may be time to suggest they pull the (ear) plug, and try it without the tunes.

Does Music Kill Collaboration in the Workplace?

A few other issues should be noted.  One, as we move to a more open office environment, where collaboration is important, an employee can use their music to create an artificial barrier.  With ear buds or ear phones on, they may not be able to get into the office conversation, since they can’t hear it.  Others may not approach them since they know they are listening to music, and won’t hear them anyway.

The opposite of this occurs if one worker’s music is playing too loudly and distracts co-workers.  If you did a quick survey of musical tastes of your employees, you would discover they are all different.  What motivates one worker can irritate another.  So, if you allow music in the office, it should remain personal.  Speakers or loud headphones should not be allowed.

It does seem that listening to music while working can be a positive work habit for some workers, while not that good for others.  It’s one of those things you’ll have to work out so that everyone wins.

Share with us.  What is your office policy about music?  And what are your favorite work sounds?

Back in the idyllic 1950’s, people in the suburbs used to visit one another by meeting along the back yard hedge. What if you could put a hedge in your office, you know, a place that encourages your staff to meet regularly to discuss and exchange ideas? Collaborative work settings are a vital part of contemporary office design. Ideas grow when shared, and ideas create the next profit centers within our businesses. Without ideas, it’s hard to move ahead or even keep up with our competition. Old office walls and cubicles made for privacy, but privacy keeps ideas from sprouting and taking root. How you design your office dictates how your employees will interact with customers, and each other, so it’s important to think of your office layout the same way you think about any technology you invest in to improve productivity and growth.  Workspace Solutions has been designing collaborative offices for years. Now they have new tools from Allsteel to take your office to the next level.

Allsteel has two new lines designed to increase employee collaboration: Gather, and Involve. Learn more here, or contact Workspace Solutions for a demonstration. Gather around the Hedge in your office, and get everyone Involved in the future or your business. 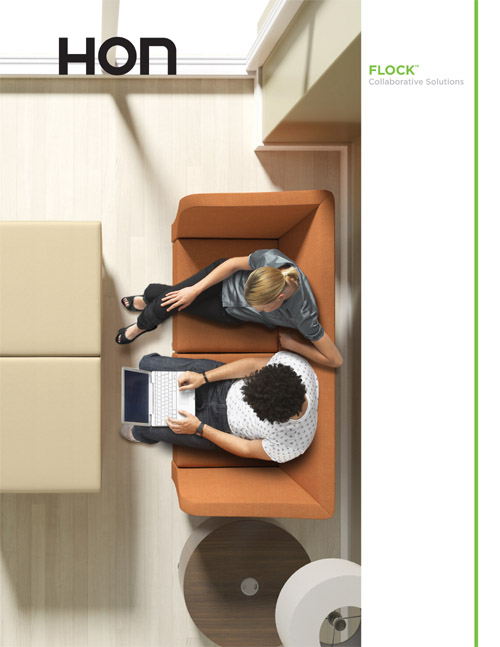 Everyone today is talking about collaboration, bringing employees together to share and discuss their ideas.  It improves communications, cuts down on paperwork, and helps spark new ideas.  Collaboration is likely to happen anywhere, or not at all, depending on the layout of your work place.  It is more likely to happen if you encourage it with proper office design and layout.  Since collaboration is still a new concept for many, the nations’s top office furniture companies are just starting to offer specific products that they have designed and tested to increase the collaboration process in your office space.

The Hon Company, sold inFort  Wayne and Northern Indiana by Workspace Solutions,  has a new line entirely dedicated to collaboration.  It’s called Flock Collaborative Solutions because the idea is that workers will flock to these areas to share their best ideas.  In the same way as cubicles naturally keep people apart, collaborative areas must lure people into their spaces.  They must also facilitate the needs of the collaborators, or the desired collaboration won’t take place.  Companies like Hon, and office designers like Workspace Solutions, have been carefully studying what type of furnishings and designs not only bring people together, but help them work together to create the desired results.  At the same time, they are aware that such spaces must still fit the décor and decorum of your office.  Many companies have learned that their collaboration area is useful as a recruitment tool, since perspective employees are excited about the prospect of a strong collaborative environment, and are even already experienced these in college.

So the bottom line is, it must function properly, and it must look great, or it just won’t work at all.

With the incredible rate of change driven by technology, it shouldn’t’ be surprising to find our workspaces are changing as well.   Hon’s new Flock Collaborative Solutions, from Workspace Solutions shows how we continue to innovate to keep your work space up to date and running at maximum efficiency.